On the morning of June 4, 2020, there was a joint exercise of military emergency forces in the waters near Shuangzhou Park, Taoyuan county, Changde, Hunan province. The exercise included 10 contents of water regime reconnaissance, surface search and rescue, transfer of people, rescue of out-of-control passenger ships, transfer of people, urban flood drainage, epidemic prevention, and control, unchoke roads, and battlefield agitation.

The Havospark water rescue robot made its debut in Changde and successfully participated in rescue operations, which amazed the audience. Some people called it "black technology" for water rescue.

The first round: remote control operation to save people

In the morning of the same day, the exercise simulated a person falling into the water near Shuangzhou Park. The situation was critical because the rubber lifeboat could not approach the victim. The firefighters immediately decided to use water rescue robots to rescue the trapped people. In the twinkling of an eye, two firemen quickly threw the water rescue robot (water rescue flying wing) into the water. 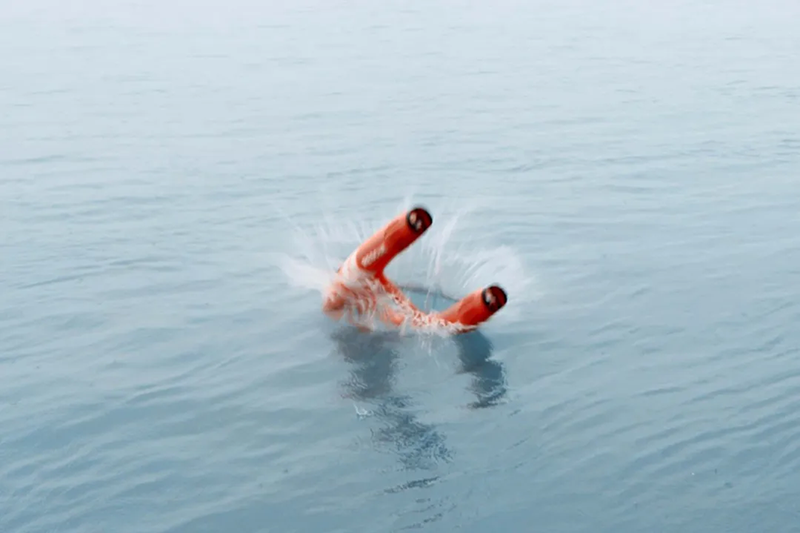 The robot fell into the water, what would it do next? Read on! After being launched into the water, the robot quickly turned on to work, sliding towards the trapped persons across the lake. It turns out that this is a robot that can be remotely controlled.

The robot quickly approached the person who fell into the water. This type of robot is small in size, light in weight, and strong in power. It does not need to be assembled at the rescue site and is directly put into use. It is suitable for saving people from rivers, seas, and lakes, and can play a greater role in places where lifeboats are difficult to reach. 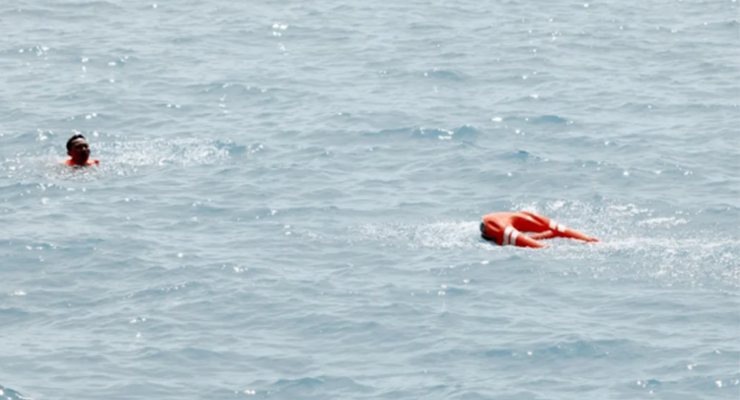 Under the precise remote control of the fire rescue team, the water rescue robot quickly and accurately approached the trapped people in water... Relying on the robot, the fallen man returned to the shore safely under the remote control of the firefighter.

The second round: save people by tow

What if the rescued person is unconscious, or has committed suicide, so they are unable or unwilling to accept the remote control operation which can save him? What should be done? Let's take a look at the second round of firefighters' exercise: robots saved people by tow and pull. 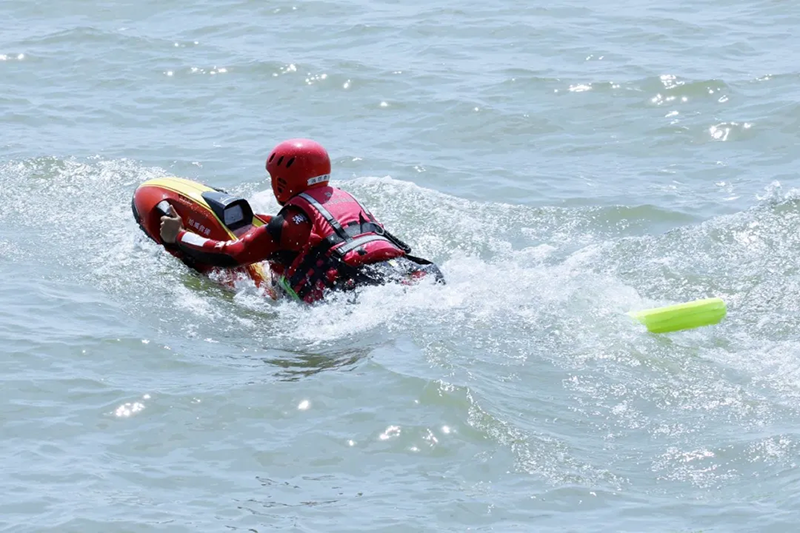 The exercise simulated that a suicidal person fell into the water, and the firefighters quickly carried the life buoy which was towed and drove the "water rescue robot" to rescue people. "He will be rescued, the rescuer is close to the person who fell into the water. So fast, really fast." the crowds watching the performance on the shore exclaimed from time to time. Under the pull of the robot, the firefighters dragged the trapped people to the shore.